Works on the reservoir – completed! 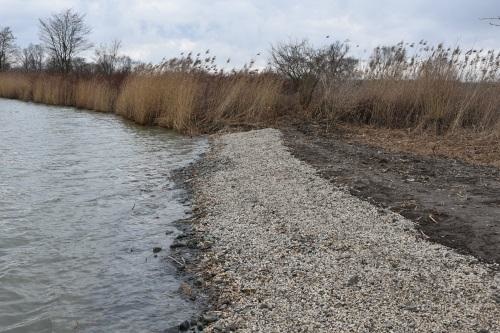 In February, thanks to favorable weather conditions, we completed the works securing the shore of the island on the Zakole B reservoir between Zator and Alwernia.

The works were commissioned by RDOŚ in Krakow, a co-beneficiary of the LIFE.VISITULA.PL project. They were made in the area of ​​a gravel beach previously reconstructed under the project.

The islands in the Zakole B reservoir were created by depositing earthen material during the exploitation of gravel. They were not strengthened in any way, and over time this place became a habitat for birds, incl. gulls, terns and night herons. The shores of the island are subject to constant erosion due to the effects of water waves.

It is especially visible in places where rush vegetation has developed narrow stripes along the island. The stripping of the banks causes the trees and shrubs on which the birds nest to slide down, but also the surface of the island itself decreases, which shrinks the surface of the bird breeding habitat.

The protection of the island’s slope consisted of building in the slope part with mesh-stone mattresses, which are lined with geotextile and covered with stone. Above the water table, mesh-stone mattresses have been masked with a suitable stone – a pebble, which will be a natural extension of the existing beach for birds. 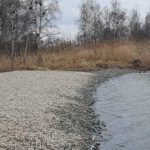 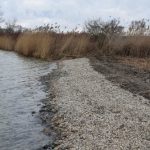 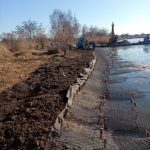 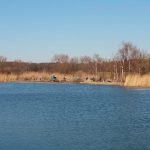 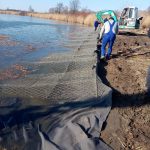 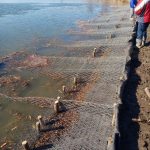 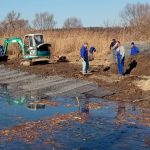 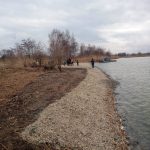 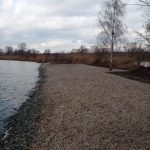 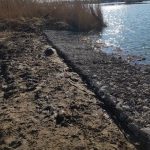 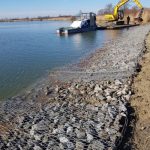