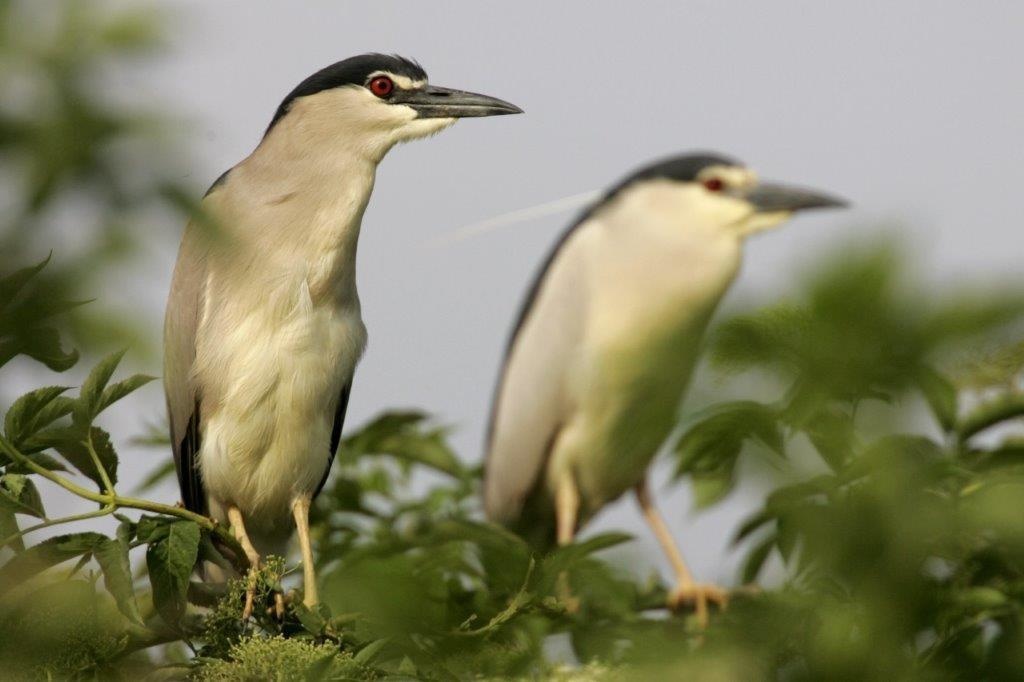 GPS / GSM transmitters allow you to check where the night herons nesting in the Upper Vistula Valley spend the winter. Some of the birds stayed in southern Europe. Some flew all the way to Nigeria!

The birds that have decided to winter in Europe are found in the Ambracian Gulf in Greece and on the Tiber River in central Italy. Currently, the weather there resembles Polish in the spring, because the thermometer shows several degrees Celsius above zero.

Birds wintering in North Africa spend their time in Algeria, in river valleys. Some individuals during their migration decided to fly over the Sahara and are currently wintering in Mali and Nigeria. Birds residing in Mali feed on the Niger River, in its middle section known as the Inner Delta of the Niger, which during this period creates extensive flood waters. It is hot now with temperatures exceeding 30 degrees Celsius.

Birds do not travel long distances, they cover a maximum of several kilometers. The first night herons will return to the breeding colonies in the Upper Vistula Valley in mid-March.