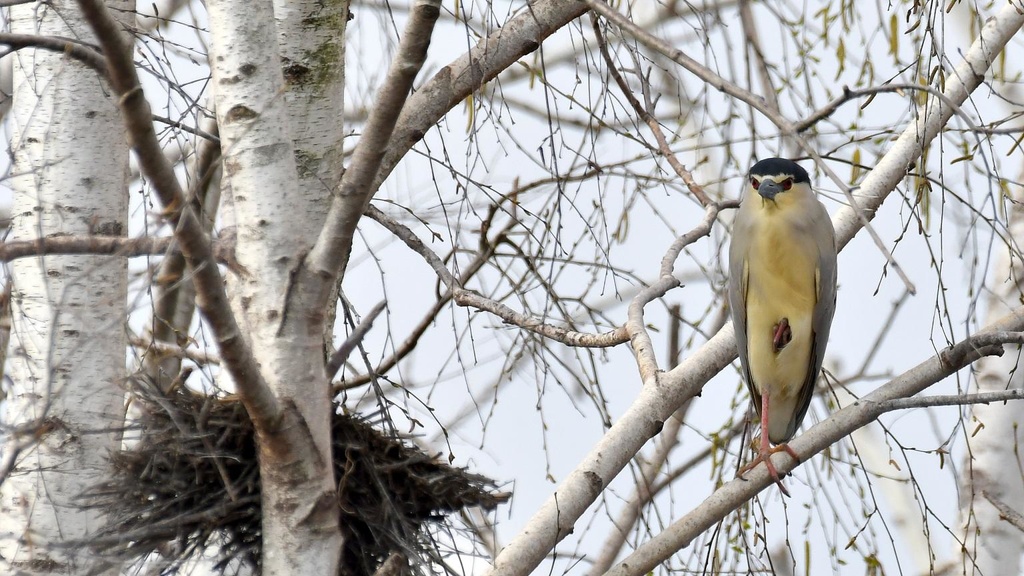 After a winter spent in Africa or in southern Europe, the night herons returned to the Upper Vistula Valley. They will breed soon, but first they have to… get enough sleep.

Ornithologists from the Upper Silesian Ornithological Circle, involved in the LIFE.VISTULA.PL project, started to control the breeding colonies of night herons in March. Thanks to this, we know that the first individuals in the colony in Ochaby appeared on March 27. However, upon arrival, birds do not start breeding quickly as other colonial birds do. After a long and exhausting journey, the night herons are sleeping a lot during the day.

Thanks to the previously installed transmitters, we know where the birds were wintering and when they arrived. These routes could be observed thanks to a special website. Surprisingly for ornithologists, the birds marked with transmitters started their migration quite late, in April, and some of them may not come to us at all and will stay longer in the tropics.
And so, the bird previously named Karolina (nesting in Kańczuga, near to Kęty), with the most interesting pattern of migration, still lives in Nigeria. Juliusz from Jankowice, who wintered in northern Algeria, had already flown the same route four times, flew towards Zator, but changed the colony from Jankowice to nearby Smolice. Zofia from Zawadka started her journey, but she stayed longer in Algeria. It holds the record for the length of the hike because it winters far in West Africa in Guinea. Mariusz from Malec, who spent the winter in Greece, did not start coming back until April 9. This year, he chose Kańczuga as a breeding colony. Olga from Ochaby comes back slowly from her winter camp in Mali on the Niger River. For now she has stayed in Italy.
Observation of bird migration routes is part of the LIFE.VISTULA.PL project. The aim of the project is to protect and improve the habitats of wetland birds, especially night herons and common terns, in Natura 2000 areas located in the Upper Vistula Valley.