Neighbors of the night herons 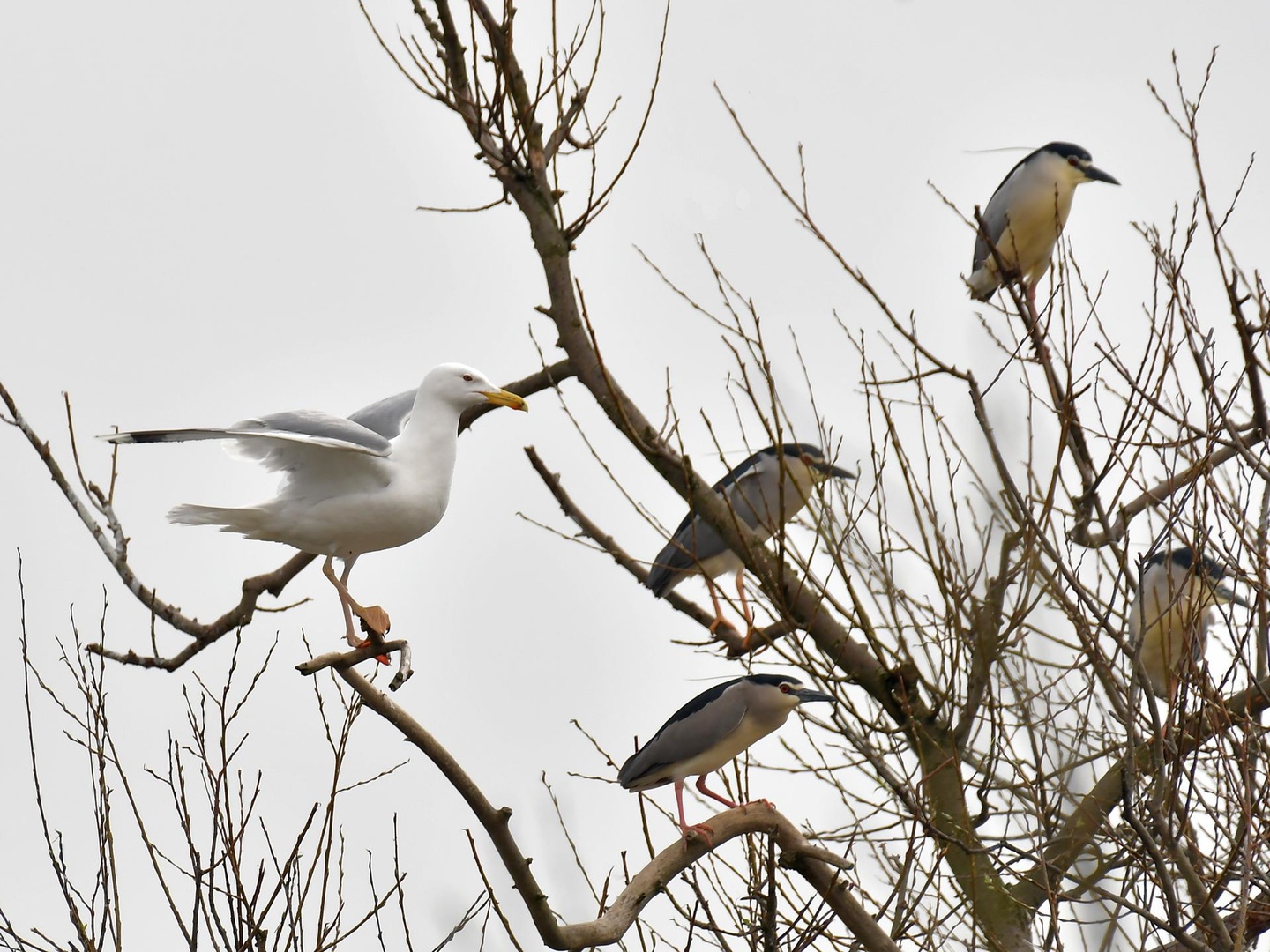 Other bird species also nest in the hight herons breeding colonies. The most numerous are Caspian gulls and gray herons.

In one of the largest mixed colonies on a large island, on the gravel pit in Jankowice (Zakole A), mainly white-headed gulls nest. This year, the number of gulls that inhabited the island amounted to 483 nests.

Night herons nest there in elderberry bushes and there are also gull nests under their nests.
Both species coexist occupying different places on one island. It happens, however, that very aggressive gulls chase away slower and less agile night herons in flight. This year, the gulls reached record numbers and began to occupy the neighboring islands where night herons do not nest.
A similar situation takes place on the island at Lekacz pond in Harmęże. Night herons have been nesting here for 20 years. 10 years ago, the first gray heron nests appeared in their colony. The population of night herons has remained at a similar level for years, but the population of herons is rapidly increasing and now has over 200 nests.
Gray herons nesting higher in trees, building larger nests and breeding earlier than night herons, which is why they dominate the island. Nevertheless, night herds on the lower elderberry bushes continue to build their nests.
Ornithologists from the Upper Silesian Ornithological Circle regularly follow the fate of birds during the annual monitoring of the population of night herons, gray herons and Caspian gulls.