Camera traps waiting for the arrival of night herons 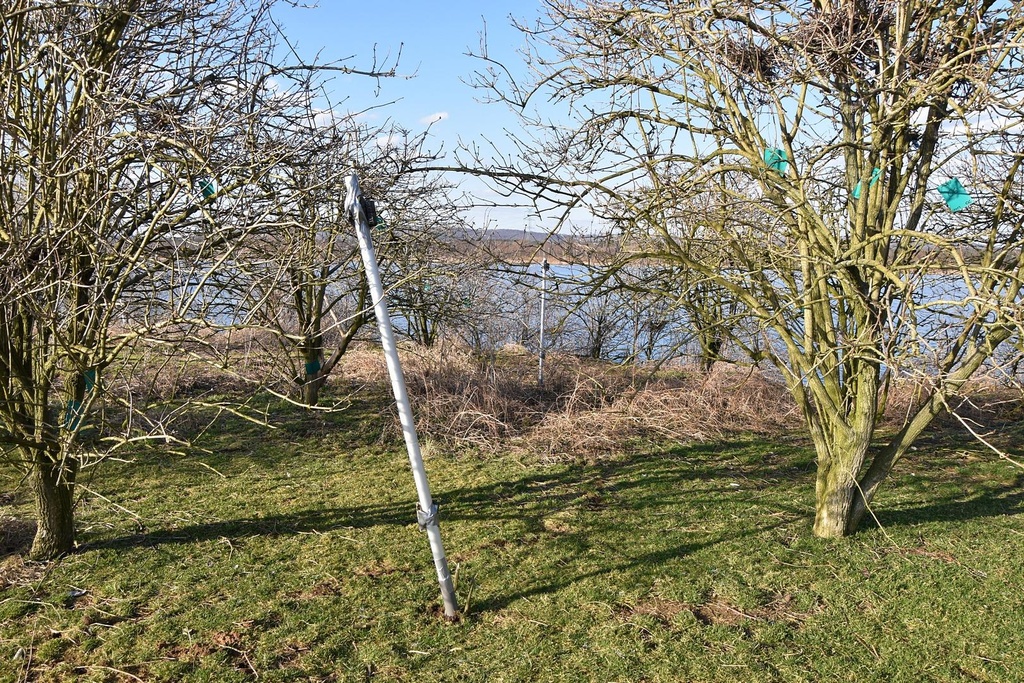 Winter is coming to an end. The night herons will begin their return to the Upper Vistula Valley any day now. Their arrival to the nests is documented by camera traps mounted by ornithologists.
Specimens that were equipped with transmitters last year still remain in their wintering grounds and have not yet migrated north. In anticipation of the birds, on March 5 ornithologists from the Upper Silesian Ornithological Circle inspected the islands.

We have found that many nests survived the snowless winter in excellent condition and will be ready for settlement without any special renovation – says Mateusz Ledwoń – ornithologist.
In order to capture the moment of arrival and the first behaviour in the colony, ornithologists mounted camera traps on specially prepared posts.

We hope that thanks to them we will be able to register the night heron mating dance on the nest at a closer distance because so far only a recording made from several hundred meters is available, from the edge of the reservoir using the technique of digiscoping or filming through the optical system of a telescope – adds Ledwoń. Recorded in 2014, we present it below.