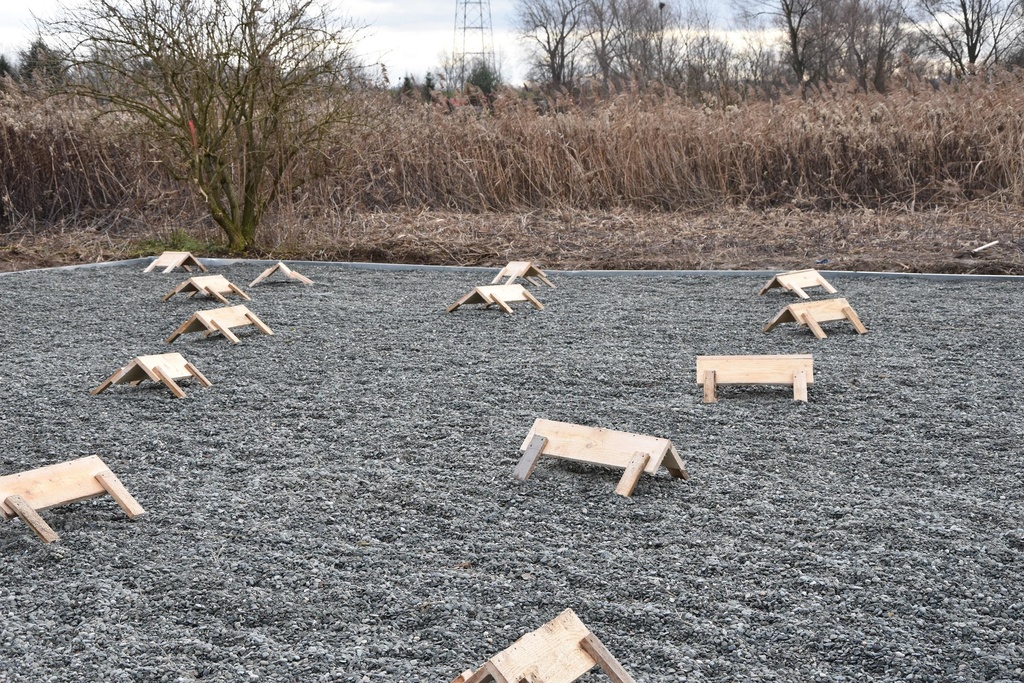 We have completed the reconstruction works of two abandoned gravel pit reservoirs. Now, the gravel beaches will again become a breeding place for many birds, including the common tern, surrounded by special care under the project.

The common tern is a very sociable bird, nesting in family colonies of even several dozen specimens. These birds usually choose flat sandy or gravel beaches as breeding grounds. In the past, there were such places on the islands along the Vistula or its oxbow lakes in the Upper Vistula Valley. The number of such natural places is decreasing, which is why birds willingly move to gravel pits.

The contractor selected by the RDEP in Krakow has recreated gravel beaches on Bend A and Bend B – reservoirs formed in the former bends of the Vistula, from which sand has been mined in recent years.

The contractor first removed the vegetation from selected surfaces and spread foil hindering overgrowing of the beaches, and then made special drainage protecting the birds against flooding. Gravel was also spread on the beaches and wooden canopies were placed to protect the tern chicks from the sun and rain. The beaches created in this way have a total area of approx. 700 m2. We hope that in the spring the first terns will nest on both reservoirs.

However, this is not the end of the tasks on both reservoirs. This year, as part of the project, we will secure the banks of the islands so that they do not undergo further erosion and degradation.