A visit to the Lublin region 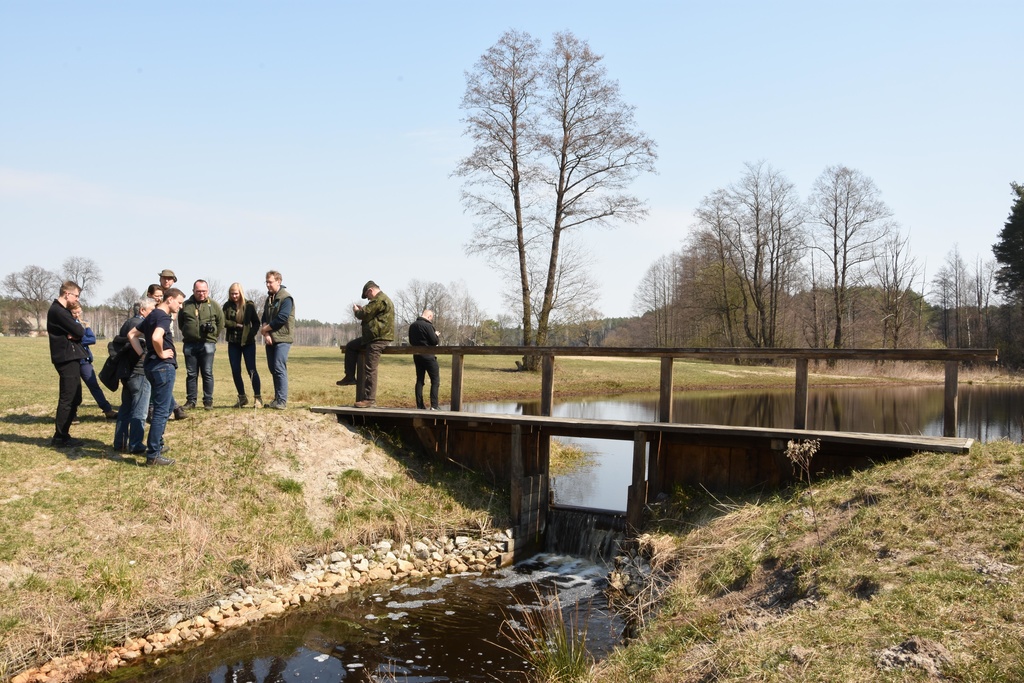 In April 2019 our team at the invitation of the Regional Directorate for Environmental Protection in Lublin visited the Solska Forest and Lublin, to become acquainted with the principles and effects of the LIFE-Janowskie Forest project.

On April 4 and 5, 2019, as part of so-called “networking” between LIFE projects, the LIFE.VISTULA.PL team at the invitation of the Regional Directorate for Environmental Protection in Lublin visited the Solska Forest and Lublin, to become acquainted with the principles and effects of the LIFE-Janowskie Forest project PL – LIFE13 NAT/PL/000032 In harmony with nature – LIFE+ for Janowskie Forest.

The main goal of this project is to comprehensively protect the most valuable patches of peat habitat along with their valuable flora and fauna by halting the process of biodiversity decline caused by the expansion of trees and shrubs. The investment tasks planned for execution give a chance to multiply the ecological effect and comprehensive protection of habitats and species. The project also aims to disseminate methods of nature protection in the economic use of forests, gain the support of the local community for the idea of nature protection, sustainable development of tourism in Natura 2000 areas and to resolve the nature-human conflict in the case of the species being the subject of protection – the European beaver. In this context, communication tasks are of particular importance because the success of the project depends on the participation and favour of the local community. LIFE.VISTULA.PL and LIFE+ for Janowskie Forest also have convergent tasks consisting in securing habitats on breeding ponds.

The meeting was a platform for the exchange of experience and good practices. Taking advantage of the experience of colleagues from Lublin who have already completed most of the project assumptions, we devoted the first day of our stay to a detailed discussion of joint tasks for both projects, including analysis of investment and communication-information intentions. On the second day we went to the Solska Forest to see the effects of some tasks in the field: