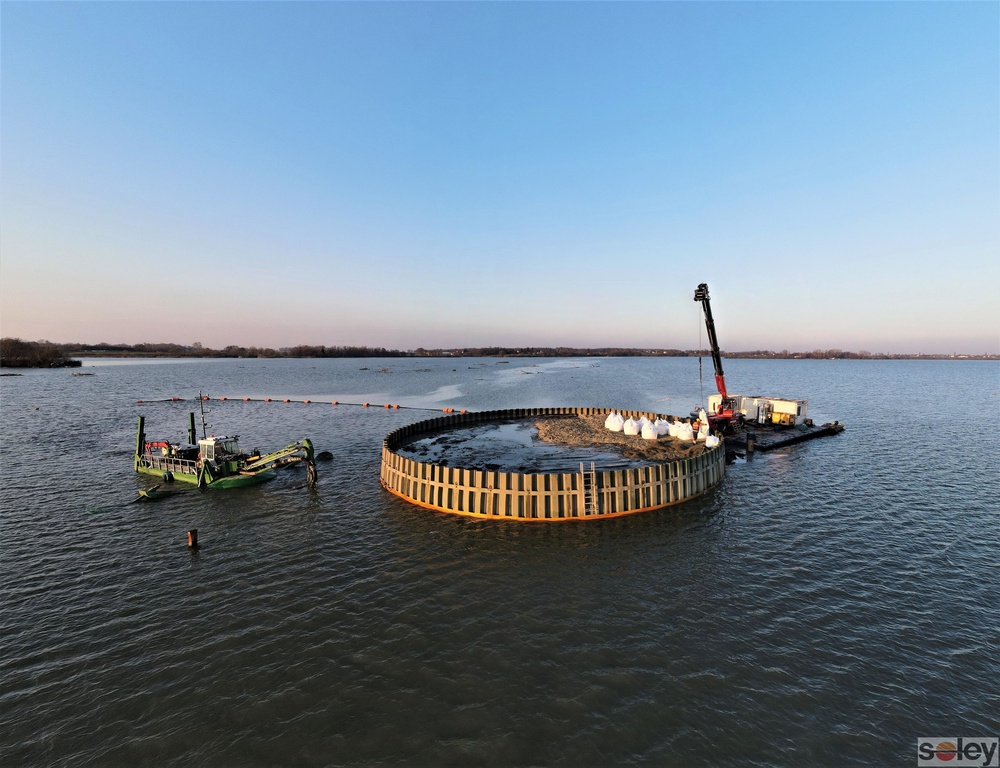 The construction of birds island on Lake Goczałkowickie is coming to an end. On Thursday, December 3, within the island was placed a time capsule. It will remind the descendants of the assumptions of the LIFE.VISTULA.PL project.

Items prepared by institutions that contributed significantly to the creation of the island were sent to the capsule. Its construction was commissioned by the Regional Directorate for Environmental Protection in Katowice. The funds for its implementation came from the subsidy of the Provincial Fund for Environmental Protection and Water Management in Katowice. The Upper Silesian Water Company, managing the reservoir, also made an invaluable contribution to the creation of the island.

The capsule was placed in the structure of the island and covered with gravel, on which the birds will raise their first broods in spring. The new island is to help mainly river terns, whose nests so far have often been flooded during the July rains, when the water level on the lake is close. The shores of the island have been protected in such a way that strong waves, floating ice floes and high levels of water damming do not damage them and do not cause flooding of the island.
– Thanks to this, the island will be raised even at the highest water levels, which will allow the birds to breed their nest safely – says Mirosława Mierczyk-Sawicka, the Regional Director of Environmental Protection in Katowice. This solution was used in our region for the first time and, I hope, not for the last time, because we are convinced that this action will be successful, that the island will be populated by numerous birds – she adds.

The new island was created near the mouth of the Vistula to the Reservoir and has an area of ​​approx. 450 m2. Its construction is part of the LIFE.VISTULA.PL project, the main goal of which is to protect bird habitats, in particular night herds and common terns, in Natura 2000 areas located in the Upper Vistula Valley. The entire project is financed mainly by the European Union and the National Fund for Environmental Protection and Water Management.